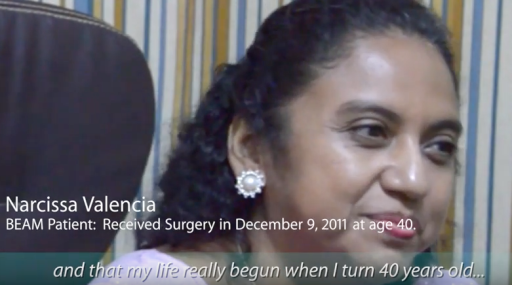 Schizophrenia is a functional disorder of the balance of hormones in the Hypothalamus-Pituitary-Thyroid-Adrenal axis (HPTA) in the brain stem and glucose regulation. Both of these critical imbalances cause cerebral dopamine to become unregulated. Too much dopamine floods the limbic region and too little (Parkinson disease) enters other regions of the brain.

Just like the girl in “Brain on Fire” who suffered a rare auto-immune disorder in the brain, people with schizophrenia suffer mechanical disruptions to the normal functioning of the brain.

“It’s not your fault. It’s not your fault. It’s not your fault.” I want to cry out to my son and to your sons and daughters with this disease. You have to send this message to them and lead them to the cure – BEAM surgery in Ecuador. Emphasize that it is not a surgery of the brain, but a surgery on the adrenal medulla glands above the two kidneys that regulates dopamine production and normalizes the symptoms of schizophrenia almost immediately after the surgery. This is a miracle treatment based on 40 years of careful and scientific research into what causes schizophrenia and what cures it.

Why is this disease only available in Ecuador and not in the more developed countries such as the United States? Because the motivation to cure this disease and relieve suffering was not profitable. Dr. Jose Mackliff’s research was entirely self-funded and entirely based on relieving the suffering of his schizophrenic patients from the beginning. He retained hope even when there was no reason for hope. He pushed through to a solution to schizophrenia.