This blogpost is my response to a question a parent asked me regarding my own experience with my son who committed suicide. 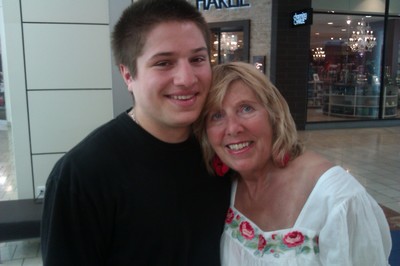 We tried to convince our son to go to Ecuador for the procedure. He did not want to give up going to UCLA for which he had a scholarship. He completed one quarter at the university, received straight A’s, and then dropped out and was hospitalized. His father visited Dr. Mackliff and the clinic in Ecuador and tried to set things up for Marco to go. When he returned to CA where Marco was living with him, Marco refused to even speak with Dr. Mackliff on the phone. I believe he had an idea that the procedure would make him simple. The testimonials at that time, were from a boy who only had a high school education and others who were not academic. I believe his psychiatrist told him that, without knowing anything about BEAM. His father printed out all of the information on BEAM and gave it to him and also had met a boy who had gone through the procedure very recently. He told my son that the boy was fine, not 100% yet, but better than with schizophrenia.

My son had a very strong will and was very intelligent. He had decided after leaving the university to take his life after considering all of his options. He convinced us that he was taking an online course through UC Berkeley extension program. He stayed in his room and isolated himself; he refused to see a psychiatrist since starting the university in January of 2014. He took his life in July of 2014. We were too ignorant about the signs of depression and suicide; separate from the vegetable state considered normal while on antipsychotic drugs.

This is the reason that I have spent the past four years writing a book, creating a film, and maintaining a blog, to educate parents, so that they don’t have to lose their children like I did.

Suzanne with Miguel, 28-year-old boy with 8 years of paranoid schizophrenia who had the BEAM surgery in January 2018 and is now living a normal life.

7 thoughts on “Why didn’t I take my son for the BEAM surgery?”