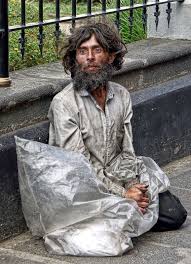 It is very likely that stress affects all areas of the brain but particularly the prefrontal and temporal regions: the same dysfunctional neural regions involved in schizophrenia. The fact that this link is not so often explored by many authors of popular theories about schizophrenia reminds me of the old metaphor that says, “It’s difficult for the fish to see the water around them.” Psychiatrists don’t seem to understand this simple relationship between stress and the progression of the disease and don’t advise their patients accordingly.

People with schizophrenia cannot overcome deep tension. For example, recovery of self-esteem can be long term, adding to their social isolation, sense of alienation, and social defeat. These aspects contribute to the spiral to more stress and anxiety and a deep sense of helplessness.

Research in Europe by researchers such as Jim van Os, in the Netherlands, has highlighted the etiological importance of various psychosocial risk factors in schizophrenia. On a biological level of analysis, much of the research has focused on the neuroendocrine system, particularly the limbic-hypothalamic-pituitary-adrenal axis (LHPA).

His research notes that only the LHPA is embedded within a multilevel system of functional connectivity that includes many neurotransmitter systems (including the dopaminergic, glutamatergic, adrenergic, etc.), ionic and metabolic neurotransmission.

The link between the LHPA hyperarousal and hippocampal function may explain the deterioration of neurocognitive functioning sometimes observed in chronic psychotic states. Dopaminergic neurons in the prefrontal area (key neurons in traditional and modern reductionist perspectives on schizophrenia) are particularly vulnerable to stress, even at low levels (Horger, 1966).

Some may assume that the increase of cortisol is the result of the schizophrenic illness. However, research has been conducted that demonstrates that increased cortisol levels result in psychotic relapse, which means that stress was a precursor to and not a consequence of psychosis. (Koehler) (Walker, 1997, 2000, 2001) (Lewine, 2005)

Stress and the Hypothalamus

Researchers have shown that the hypothalamus-pituitary-adrenaline axis is involved in various ways during chronic stress depending on the type of stressor, the individual response to the stressor, and other factors. Stressors that threaten the physical integrity, are uncontrollable, or implicate trauma may have a high profile and higher than normal levels at night, resulting in a high level of cortisol release during the day. Controllable stressors instead tend to produce more normal morning cortisol. The release of the stress hormone tends to gradually reduce over the time since tension occurred.

The effect of the average levels of cortisol in schizophrenic patients compared to controls match with people that suffer from affective disorders. People with schizophrenia cannot overcome deep tension. For example, recovery of self-esteem can be long-term, adding to their social isolation, the alienation, and sense of social defeat. These aspects contribute to the spiral of more stress and anxiety and a deep sense of helplessness (Diforio, 1997).

The person with schizophrenia is terrified about normal existence and its multitude of social demands coupled with an inability to communicate with others. Parents and partners of persons with schizophrenia need to be extremely sensitive to the reality that persons affected by schizophrenia perceive. People with schizophrenia need to feel supported and loved in spite of their inabilities to socialize well and to communicate. This is why education of the parents and partners is so essential. I believe this education is extremely lacking in modern psychiatric care, both inside and outside of the hospital. In my case, we all walked around in the dark, ignoring the basic symptoms until it was too late. This is a real tragedy in the current scientific age where so much can be known about the brain and its functions.

Patients of Dr. Mackliff and their families are filled with deep gratitude for Dr. Mackliff for his thirty years of careful scientific work, documenting his findings based on simple observation of his patients and what improved their condition. This is the valid scientific research that has been basically stopped by the pharmaceutical industry with its greed for profits from perpetuating only antipsychotic drugs for the treatment of schizophrenia and bipolar depression, a close relative of schizophrenia. This is the evil afflicting those with schizophrenia in the twenty-first century.