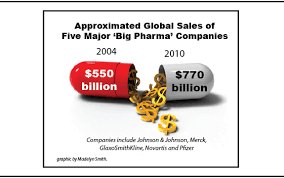 Before trusting your child to a psychiatrist and their prescriptions for antipsychotic drugs, please read this chapter of my book A Life Worth Living – Schizophrenia Alternative Treatment. I’m going to lay out the facts for you in ten sections. I hope when you are done reading, you will understand that we are in a national crisis with mental healthcare for our children, and the choices we make are a matter of life or death for our children.

Is this an evil conspiracy between psychiatrists and drug companies? Are psychiatrists ill intended in their treatment of their schizophrenic patients? No. This is big business and how it operates without any controls and with an unsurpassable lobby group in Congress. Without safety guidelines (validated by long-term studies and accepting subjective data as real data) for commonly prescribed doses of antipsychotics, the psychiatrist makes his or her own decisions based entirely on his or her experience with his or her patients.

Unfortunately, the studies that have been done on antipsychotics demonstrate that the dosage and combination of drugs must be individualized for each patient.

Payoffs from Pharmaceutical Companies to Psychiatrists

In the United States, antipsychotics are prescribed to children and adolescents at a rate six times greater than the United Kingdom, which has socialized medicine and charges the same amount for any medicine. In June 2007, The New York Times reported that psychiatrists in Vermont and Minnesota topped the list of doctors receiving pharmaceutical company gifts and that this financial relationship corresponds to the “growing use of atypical (new antipsychotics) in children.” From 2000 to 2005, drug maker payments to psychiatrists in Minnesota rose more than six fold to $1.6 million. During these same years, prescriptions of antipsychotics for children under the state’s insurance program rose more than nine fold.

Doctors and hospitals having financial relationships with health care manufacturing companies stimulated the creation of Open Payments, a federally run transparency program begun in 2014 that collects information about these financial relationships and makes it available to the public. These relationships can involve money for research activities, gifts, speaking fees, meals, or travel. One of the ways Open Payments provides this data to the public is through a search tool, which allows an individual to search for a doctor or teaching hospital that has received payments or a company that has made payments. Exploring this information and discussing the results found with your healthcare provider can help to make more informed healthcare decisions.
More information about the program can be found on the Open Payments website http://www.OpenPaymentsData.cms.gov. There you can get an overview of the data that’s been collected and displayed and learn more about the context around the data. For questions about the data, contact the Open Payments team at opdata@cms.hhs.gov.

One of my son’s psychiatrists is listed in the Open Payments Data; probably many psychiatrists are on this list, since receiving pharmaceutical paybacks is common practice in all specialties. Since this service has only been available since 2014 and two of the most prescribed antipsychotic drugs for schizophrenia Seroquel and risperidone became available in their generic form in 2014, the kickbacks listed were under $1,000 for my son’s doctor in 2014. This, however, doesn’t show how much they made while the drugs were still under the original patent name (which lasted for ten years) or when the patent name prescriptions are written for the government insurance plans to pay for.
The first prescription my son’s doctor wrote for us was for Seroquel. The price for a one-month prescription of Seroquel was $1,600 charged to Medicaid. Quetiapine, the generic form, was $400. The doctor changed the prescription to the generic name only when we requested it. Antipsychotic drugs represent the largest drug expenditure of the government insurance system in the United States. The doctor prescribed 1000mg day, 400mg over the highest tested amount by the manufacturer.

Like the Opioid epidemic in the U.S., we are in an epidemic of overprescribing psychotropic drugs with the motive of pure profit over-ruling a legitimate need for the drugs at the dosages prescribed.